New Giant Panda Park To Be Established In China

Over the last ten years the population of giant pandas have expanded quite significantly with a census in 2015 estimating the total wild population at 1,864 up from a low of 1,200 during the 80’s. The numbers were so positive in fact that the very next year the IUCN Red List downgraded the species threat level from “endangered” to “vulnerable”. However, as a recent piece in National Geographic suggests, this iconic species is far from safe yet.

As a result of logging, natural disaster and agriculture, there is very little habitable land left for China’s pandas. Today there are approximately 30 groups of pandas scattered across six mountain ranges in Western China. These groups are separated from their peers because of human activity and degraded land. A new park has been proposed that will be thrice the size of Yellowstone and seeks to connect all of China’s fragmented panda populations and will unite as many as 70 extant nature reserves in an area measuring 10,476 square miles.

Inbreeding is a serious threat

China first unveiled this plan in 2017 and the money for the park came the next year when Bank of China pledged US$1.5 billion for the project. The principal purpose behind the Giant National Park will be to ensure the long-term survival of the species by diversifying the gene pool. Female pandas are actually only fertile for no more than two days every year and reproduce once every two years at most. Because the wild population in China is incredibly fragmented with groups of as few as 10 bears, inbreeding is a serious threat which could result in extinction.

By uniting China’s scattered populations under the watch of a single national administrative bureau, the park should be able to allow panda’s find better mates and improve the genetic diversity of the species. Under the previous system, pandas found it hard to move as freely as they can now because of multiple jurisdictions with local governments all of whom had their own priorities. The new park will also ensure the bears receive a steady supply of bamboo.

Climate change has had an enormous impact on bamboo dramatically shifting the regions where the trees can grow. More than a third of panda habitats in China are set to become too hot to be able to support bamboo over the next eight decades. To deal with this issue officials responsible for the park intend to create passageways and tunnels that will allow pandas to easily journey between bamboo-rich areas.

Pandas won’t be the only animals who will benefit from the opening of the Giant Panda National Park. The space will also protect more than 8,000 other species, including snub-nosed monkey’s and takins. There will also be 170,000 people who will live within the area covered by the proposed park who will need to relocate or adapt to new restrictions. Many will also benefit from a huge ecotourism boom that will no doubt result from the creation of the park. 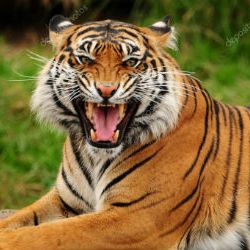 Goat That Befriended Tiger Passes Away 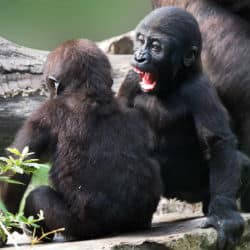 Gorillas In The Mist 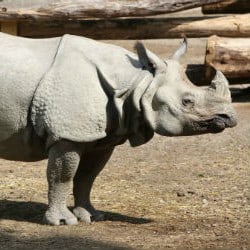 Watch Clash Of The Rhino Titans 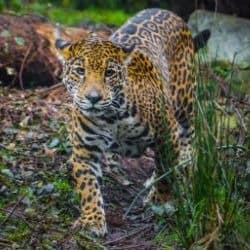